examples of the most conscious club meeting 21st c capitalism has hosted in wash dc
-sadly this club failed to outkast trump and died in 2018
=======================
DC Chapter of Conscious Capitalism presents the 4 Principles of Conscious Capitalism Series. Each month the DCCC will focus on a discussing in depth one specific pillar of the Conscious Capitalism. We will define the principle and discuss best use. One or two companies will be selected and highlighted which we believe does the best job of exhibiting the principle.
March: Conscious Leadership - Featuring Cantor Emanuel Perlman & John Kiehl
Mr. Perlman and Mr. Kiehl are truly heroes, they are Conscious Leaders, in their personal lives translating into being change agents in their professional lives. They are the latest members of the Conscious Community Imitative and will present on how poverty can only be eliminated through the Power of Social Capital.
Emanuel Perlman, lyric tenor, composer, lecturer, recording artist and therapist is in his 19th year as the Hazzan at the 144 year old Chizuk Amuno Congregation in Baltimore, Maryland. Hazzan Perlman has concertized extensively throughout the United States. He earned a Bachelors Degree in Music and Voice from Rhode Island College and a Masters Degree in Psychiatric Social Work from Yeshiva University. Emanuel also attended the Cantors Institute at the Jewish Theological Seminary. Last year he received a Doctorate of Music, honoris causa at the Jewish Theological Seminary in New York City.
John Kiehl is co-founder of Soundtrack Recording Studios which has just celebrated its 33th year in business. Starting out doing jingles for local and national advertisers, Soundtrack is now active in all aspects of audio production including audio post production for television and Hollywood. Recent projects include Law&Order, Gossip Girl, Fringe, The Departed, The Aviator, Cinderella Man, Inside Man. Mr. Kiehl's other professional interests are computers, mathematics, and math education. He is currently developing mathematics pedagogy for Berklee School of Music in Boston, and musical programs for the iPhone.
Along with John Kiehl, co-founder and co-owner of the Academy/Grammy Award winning SoundTrack Studios located in New York and Boston and his eminent Voice Teacher Professor William Riley (voice teacher to Celine Dion, Faith Hill, Whitney Houston, and many others) he is an app conceptualizer and developer.
Conscious Community concept will focus on creating the shared economy that encourages residents to build a sustainable communication infrastructure to address residents needs in the areas of healthcare, child literacy, job development, and common interest.

If you are DC connector and value our collaboration aims, why not co-blog - chris.macrae@yahoo.co.uk dc region phone 301 881 1655
Posted by chris macrae at 12:11 PM No comments: 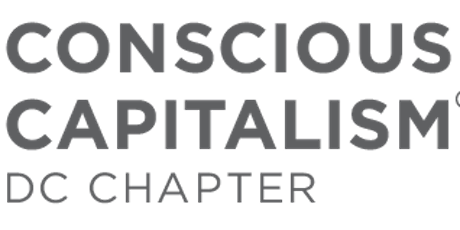